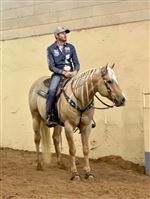 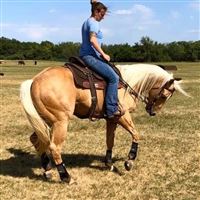 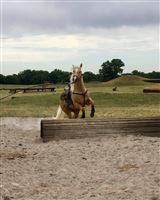 Radar was started as a late two year old and spent three months spring 2020 with Shayla Smock at Clinton Anderson's Ranch in Stephenville, TX getting the best fundamentals in the world. He is now with DaCota Monk. The plan is to prove him inside and outside of the arena. We hope to create a long-lasting career for Radar as both a stallion and a performance horse.

His first crop was 2021 and we are amazed by these foals' conformation and personalities. He truly passes on the best part of him.

Radar is by the infamous First Down French, who himself has set numerous arena records with progeny earnings well over $1 million. Radar is out of If Only I Had Wings, an appendix mare that passed away in 2017. His Dam line is a very strong line that has been proven successful on the track. Unfortunately, If Only I Had Wings was injured as a foal and is unraced. Fortunately, her sisters have proven her lines by producing a grade 1 winning, $1 million dollar gelding that won the Rainbow Futurity and Ruidoso Futurity in 2021. The dam line has also produced a gelding by the name of Awesomer featured in the AQHA Journal for his dual career as both a successful chariot and flat saddle race horse.

Radar's 2022 breeding season will begin in February with frozen semen. We will be juggling his performance career with his breeding schedule so please ask about our collection schedule if you require fresh/cooled.

JAN 2022 UPDATE:
First competition run, Radar and DaCota placed 22nd out of 279 runs behind a horse that shattered the arena record by .2!

Second competition run, Radar and DaCota place 8th in the 1D out of 100 runs behind the same horse!